“The entrepreneur always searches for change, responds to it, and exploits it as an opportunity.” – Peter Drucker, the “founder of modern management.”

Dr Julie Meyer, MBE has invested and/or secured more than £880 million of finance for technology firms in a career which started just before the Millennium. She has been identifying the entrepreneurs and companies which would build the future of industries since 1998.

In her first year in London, Dr Meyer demonstrated two tenets of what would become her approach to supporting entrepreneurs: a sense of what was to come and a capacity for the hard work to achieve it.

She backed the founders of Lastminute.com in April 1998, and managed their Series A funding round. In so doing, Dr Meyer played a key role in positioning Lastminute as one of the Internet 1.0 success stories. True to form, she invested her own money in the Company’s IPO of 14 March 2000. 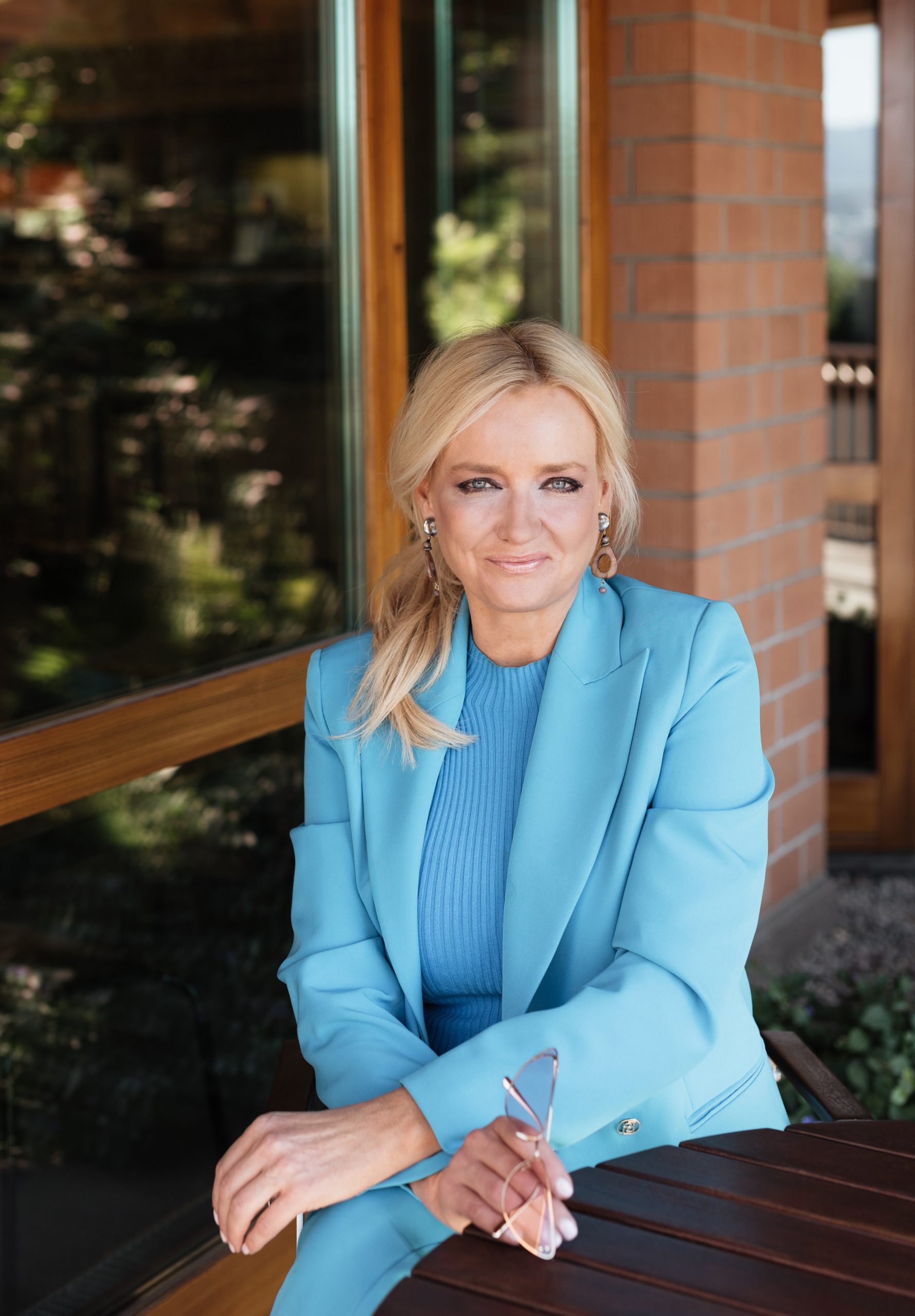 At the same time, Dr Meyer funded Rob Lewis’ Silicon.com in 1999, and Jez San’s ARC Cores in 1998 and 1999. She was an Advisory Board member of New Media Spark at the time of its IPO in 2000, having joined Tom Teichman in September 1998 at New Media Ventures on Berkeley Square.

Dr Meyer closed out the Millennium by establishing Ariadne Capital in December 2000, immediately starting work with Bill Gross’ Idealab where she helped to scale several businesses. She was sought out by Howard Hartenbaum, now at August Capital, then at Draper Richards, to work with the founders of Skype. Meyer contributed early team members to Skype as well as advice which helped them to scale. Skype was acquired by eBay in 2005 for $2.6 billion. It is now part of Microsoft following its $8.5 billion acquisition in 2011.

As a result of these achievements, Dr Meyer was named a Global Leader for Tomorrow by the World Economic Forum (DAVOS) in 2001, and attended DAVOS for 3 years as a speaker thereafter.

Her work in the automotive industry began with Volkswagen Wolfsburg in 2001, and continues to this day with DRIVE Software Solutions which she acquired in 2019. She has expanded DRIVE into the new mobility ecosystem and positioned them as a pan-European platform, now headquartered in Switzerland with offices in Athens and London as well as Zollikon. www.ododrive.com

In 2006, she was asked by the BBC to be the first Dragon on the BBC’s television show, Dragon’s Den. She declined, but agreed ultimately in 2009 to be the first online Dragon for the version which was intended to become more interactive and encompassing a more strategic engagement with entrepreneurs.

Armed with her experience of Dragon’s Den and driven by her commitment to entrepreneurs, Dr Meyer launched EntrepreneurCountry in 2010. This online platform was and is provided for entrepreneurs to test pilot their products and services using the Ecosystem Economics® Methodology. www.entrepreneurcountryglobal.com and Welcome to EntrepreneurCountry – https://www.amazon.com/Welcome-Entrepreneur-Country-Julie-Meyer/dp/1780338945 EC Global developed Innovation Strategies for Santander, NN Insurance and Morse PLC.

Throughout her career, Dr Meyer developed a theoretical framework to facilitate her work. This took shape in Ecosystem Economics®. In recognition of the work and results from this development, Julie Meyer was awarded an Honorary Doctorate in Applied Economics for Ecosystem Economics® by Warwick University, United Kingdom in 2011. She has developed an online Master Class series that is run by EntrepreneurCountry.

That same year (2011), Dr Meyer launched her first venture capital fund which backed Matternet, the leading drones business, led by Andreas Raptopoulous, as well as early Bitcoin companies sold to Naspers, and other technology firms in the UK market.

In recognition of the impact she had achieved within the UK’s investment community, Dr Meyer was made a Member of the British Empire (MBE) by HRH Elisabeth II, an honour which is rarely given to US citizens. Dr. Meyer was honoured for her services to entrepreneurship.

Having turned down an acquisition offer by Grupo Santander’s Chairman in 2015, Meyer acquired Portcullis Asset Management in Malta at the time of Brexit, and decided to build a multi-manager investment firm servicing the large asset allocators who sought to secure an early stake in a diversified set of high-velocity venture capital funds. Having secured €2 million of start-up capital at a €25 million valuation, with an anchor investor who had committed €100 million to the platform by August 2017, Dr Meyer had onboarded 4 venture capital funds, and was poised to launch the ECO2 platform.

In October 2017, Malta was shaken by the assassination of Daphne Carauna Galizia, and the consequent collapse in the country’s credibility. Meyer decided to move out of the jurisdiction, relinquishing her regulatory license before the launch of the platform. The assassination had made tangible Dr Meyer’s emerging concerns over widespread corruption in Malta, concerns which led her to conclude that the government had been implicated in the tragedy in some way.

She identified Pelion Pension Advisors, and acquired this to be the kernel of her Swiss Investment Corporation, VIVA Investment Partners AG (VIP) in 2018, She founded VIP with her good friend and adviser John Porter, (Tesco, Adyen, Telios, Copperfield, Sinocare). Numerous equity stakes from various early shareholders of VIP formed the basis for the investment firm which is today VIP.

Through Meyer’s friendship with Jamie Finn, of Securitise, VIP secured early corporate GP stakes in SPICE VC Fund I which it positioned to become a global leader in digital securities as well as through the former Vestergaard COO’s Gunslinger Equity Management in agriculture-tech.

In 2018, she met John Textor, who she invited to keynote at the FTE Dubrovnik in October of that year. This led directly to early capital injection in Pulse Evolution from the FTE network. Pulse is a company in which VIP has owned a $15 million equity stake since 2018. Through Dr Meyer’s efforts, she assigned the VIP stake to the next round securities that merged into Facebank, which then merged into Fubo.tv which went public on the New York Stock Exchange in October 2020.

Meyer led VIP’s expansion into Greece in November 2019, setting up the Greek subsidiary and the Kea Property Corporation which is developing new land developments in the Cyclades Islands, specifically Kea and Mykonos.

Like many women before her and, unfortunately, many women who will follow her, Dr Meyer’s progress, successful though it is, has not been without challenge. She has come under repeated attack from and by male ex-business partners whose misogyny, jealousy, and inability to keep up with her energy, approach, network, vision, and early lead in the industry has caused them to harass her, steal from her companies and try to damage her ability to execute through illegal activities and means.

However, she has been surrounded by strong supporters in her shareholder base and management team, and is grateful for the on-going belief and partnership of VIP’s Co-Chief Investment Officer, Scott Fulton, and her VIP shareholders, as well as the advisors to VIP, the INSEAD community and her family, in particular her parents.

Dr Meyer is known for being fearless, for her early spotting of the winners in the technology world, and for thinking globally from Europe. She started out in the technology industry working with Hewlett Packard from 1989 to 1993 in Paris, and managed the communications for the Motorola Semiconductor Industry’s PowerPC Initiative in 1994-1996.

She attended INSEAD in 1997, and was named as one of their Top Alumni of all time, an honour she shares with 40 other alumni from the business school. She joined the Board of Directors of INSEAD for 6 years, and continues to be active in the Swiss and Greek INSEAD Alumni circles.

She was a Board Director for 10 years at Vestergaard, a humanitarian development firm, operating in Africa. She led the early strategy for data in the firm.

Dr Julie Meyer, MBE is a US citizen and a Swiss resident.